During this time I was in Hanoi for six days, with trips to Halong Bay and Sapa interspersed.  In all I will have spent eight nights in Hanoi and have come to really enjoy the city.  One big benefit for me is that the weather has been cool, sometimes almost cold.

I have headed off on my bike on three of those day and on those rides I went out from the central part of town.  The nicest ride was around West Lake that is said to be 17 km, most of on quiet car free roads.  On that same day I headed in another direction looking for a museum but never did find it which meant that I had a long meander through a range of different kinds of districts unlike anything that you see in the tourist frequented areas.  Another day I rode over the oldest bridge circa 1900 over the Red River.  Now cars are not allowed; train tracks run down the middle with a motorcycle lane on each side.  On one of my rides I stopped to remove my jacket which meant removing my camera bag containing my passport and wallet.  I rode off without the bag but stopped at the end of the block to have a look at my street map and a lady came running up with my bag.  Very scary but with the side benefits of making me more attentive to what I am doing and making me feel even better about Vietnamese.

Mostly though I walk the streets.  The Old Town has 36 market streets.  They are named Hang ___, with the Hang meaning roughly market and then the word following was the name of the goods traditionally found on that street.  That is why the street names change every couple of blocks. The goods now found on the streets is rarely the same but you still find groupings.  There are streets where fifteen shops sell glasses, another might be where you get tin boxes made and another will be wood products and so on.  Tourist stuff can be found interspersed throughout.  As I head out for a walk I purposely choose different routes to sample these different streets. 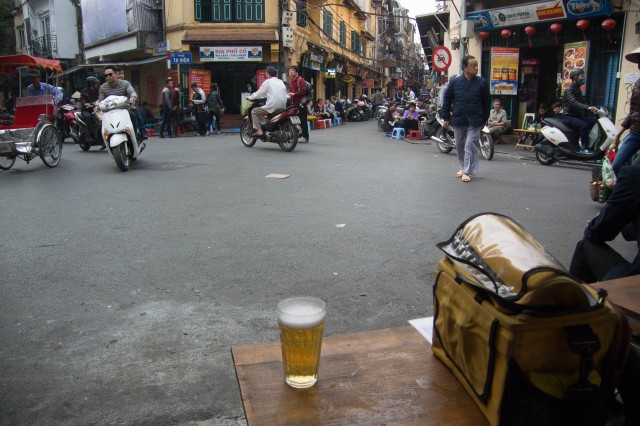 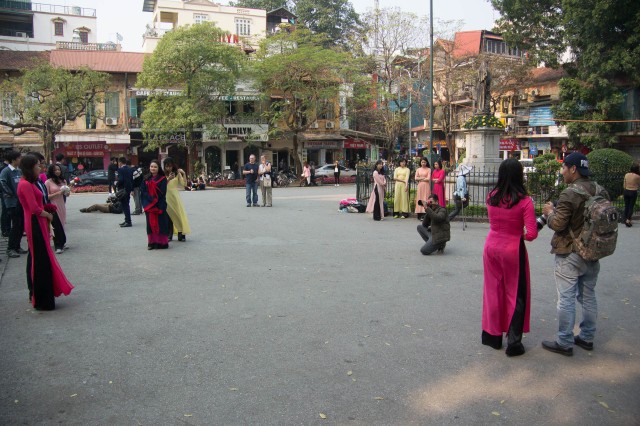 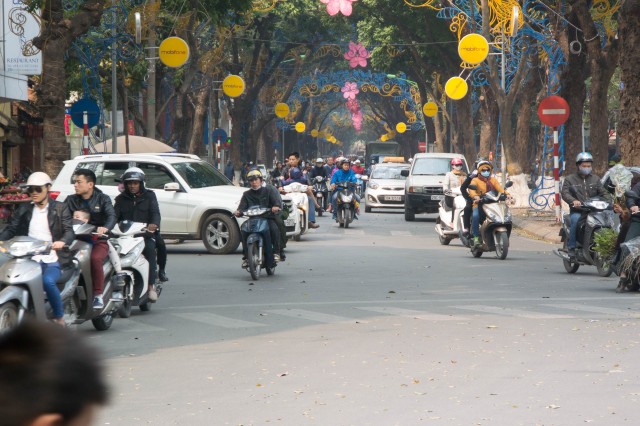 One interesting activity here is drinking Bia Hoi, fresh beer.  It is served and drunk almost on the day it is made, always at street vendor places. I costs between 30 and 60 cents, about a third of normal beer.  One day I sat with a doctor having Bia Hoi.  He comes to visit with tourists to practice English.

I have immensely enjoyed staying at the Rendezvous Hotel.  They have arranged all of my forays and I have returned to stay here in four different short segments always feeling like I am coming home.  What makes it so nice is that everyone knows who I am and we talk about all sorts of things.  I have helped some of the young ones who are working on their English and they help me by giving suggestions for my travels. 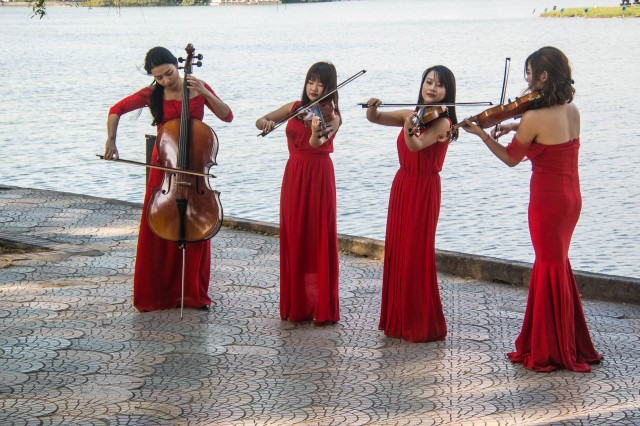 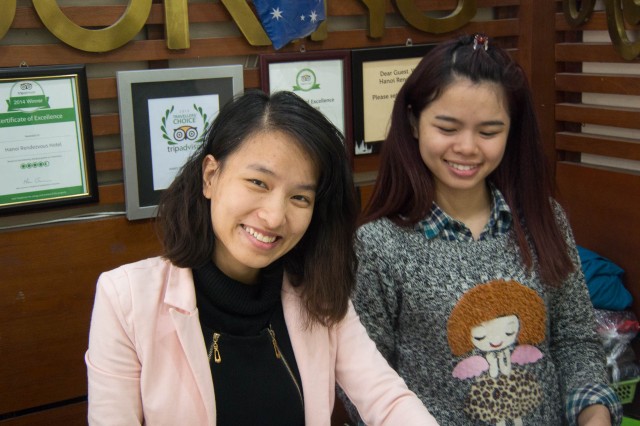 In all my trip to Vietnam has exceeded all expectations.  What an ideal time to visit this country.  Things have progressed significantly since I was here twenty years ago, but no one is jaded by an overabundance of tourists.  My knee problems have put a damper on some of the things I wanted to do, but que cera cera.  I leave tonight in a couple of hours.

All until next trip, Ken

I am a retired educator, computer professional. Now I like to travel the world by bicycle, on foot and periodically on skis
View all posts by kenmyhre →
This entry was posted in Vietnam. Bookmark the permalink.